Now that the Halloween hiatus is over, and there's actually a little bit of time left at the end of the day to reminisce about events past, I thought I'd write about what actually transpired happened two weekends ago, at the LA Ultimate Women's Expo, where Gatta Hosiery team was exhibiting Gatta Products.

Since it was our first time at such a large show, the anticipation was at the maximum. The morning was spent setting up the booth and settling in, getting ready to know our neighbors and the surrounding booths.

Saturdays are not the best days really to invite people for an early morning event, as most of the visitors that were coming in at 10 AM at the door opening, were looking as if they just woke up, yawning and just dragging their feet after their body. So I decided to take the opportunity to do a quick walk around, to see what else was going on. Surprisingly, quite a bit of fund stuff that I knew I was going to unfortunately miss, because I would have to stand by our booth (not to worry we did get our share of excitement when a celebrity visited us, I'll tell you who further down).

As I got back to our booth after a short walk around the other isles, it appeared that in isle 1000 (where we were), there was a bit of a commotion going on. And the next thing I know the wonderful Marilu Henner stopped by to do some shopping at our booth! And she was so nice to even take a photo with us! Thank you Marilu! Such a down to earth person, despite her celebrity status. 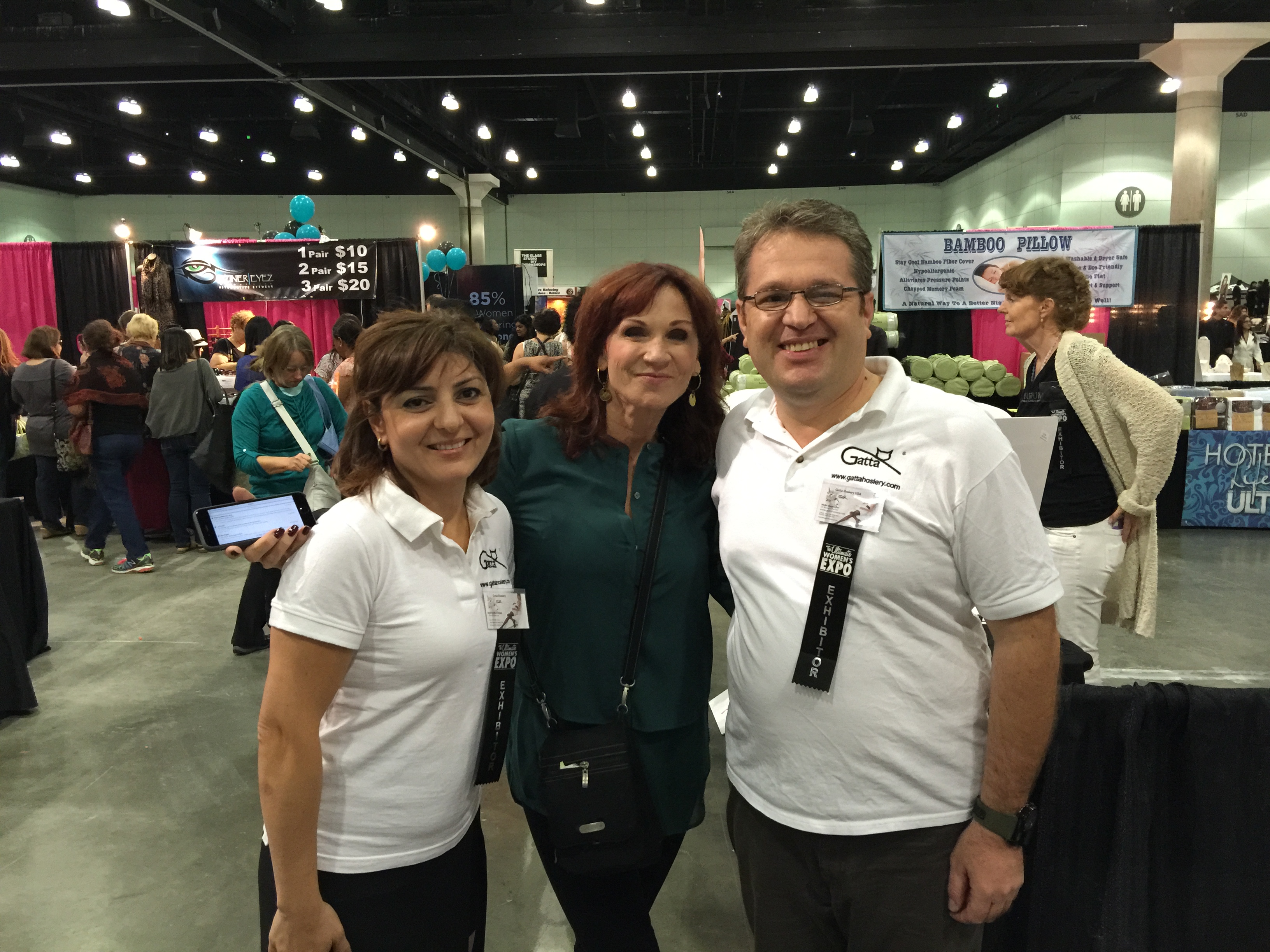 As the day went on, and especially more on Sunday, visitors started flowing in. At times, we had to get out of our booth to give everyone inside some space to do their browsing. Our products were so different from what everyone has seen out there that some people couldn't decide on what to get at their first visit and came back later, to look over what we had again. One lady said she wanted to have all of our tights and leggings.

Oh, and I almost forgot, there was another celebrity citing at the Expo: the one and only Mario Lopez was there for his book signing. I had a chance to deliver some goodies from our booth for his wife. All I saw was that our bag was being taken to him by security. I hope it made it to him. And if so, a simple thank you would have sufficed from his team. Haven't heard anything back. A bit disappointing but I'll live. 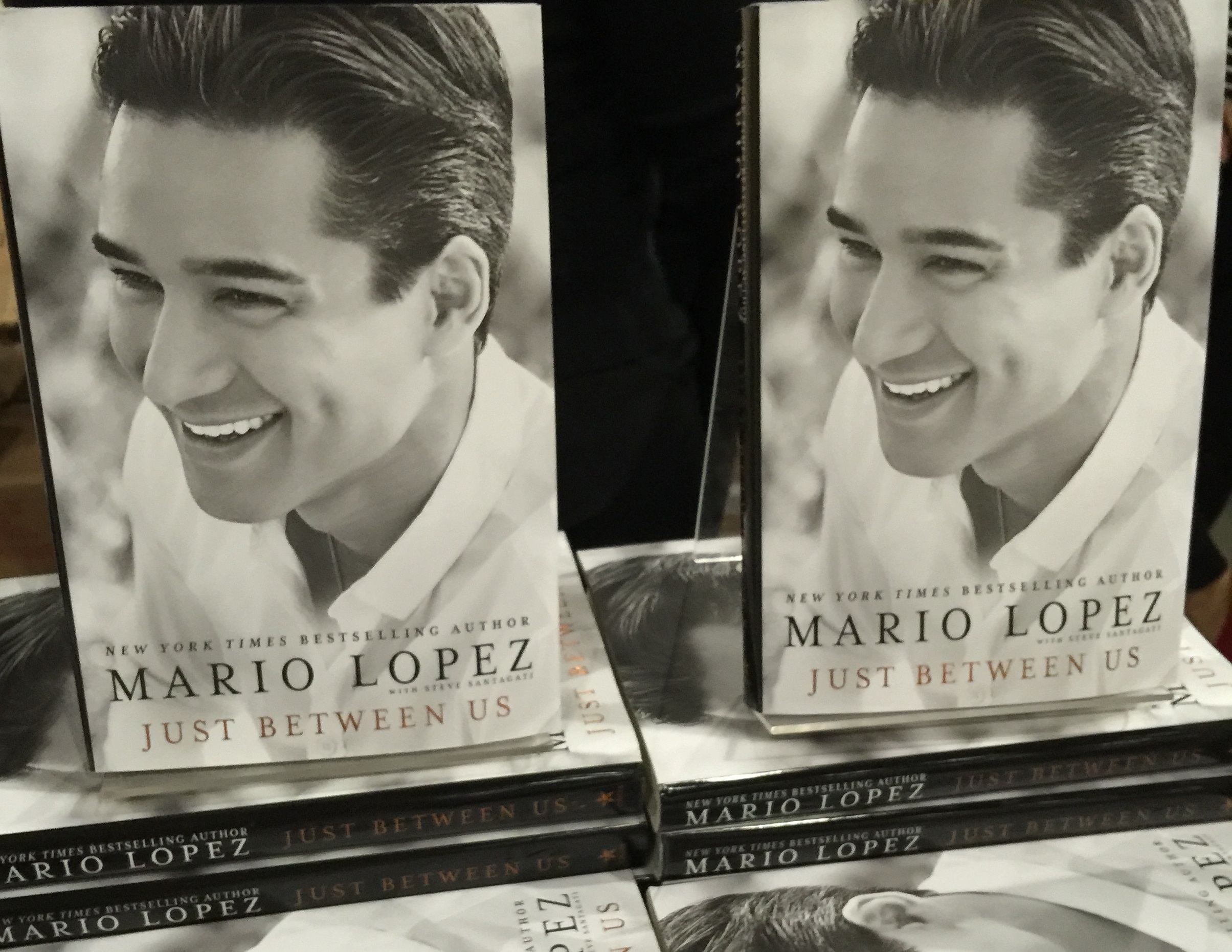 So was it worth exhibiting at the Expo? Definitely. Would I recommend it to my friends and family and our customers to come visit us next year? Absolutely! It was a weekend full of girl things to do, getting make up and hair done, sipping on some free wine or alcohol, shopping for interesting products and more. Who wouldn't want all of this under one roof?

Until next time, ciao!

Before I get into the meat of the subject, and just to break the ice, I'd like to introduce myself: my name is Sophie. I'm the Events Coordinator for Gatta Hosiery and the one who writes most of the blogs for this website. I am married, have two little ones who take up almost all [...] 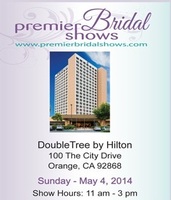 Getting Ready For Our First Wedding Show

Celebrating the Launch Of Our Website -- gattahosiery.com is LIVE!!!

What an exciting day it is! I am happy to officially announce the launch of our website - a collaborative effort between Gatta Ferax company and Gatta Hosiery USA, to introduce the best European Hosiery products to US consumers, as well as promote the Gatta brand throughout the US market.Gatta products are well known in [...]